When calling about SEW replacement Gearing & Motors please have the S.O.number available.
The S.O. number can be found on the motor or gear box name plate. 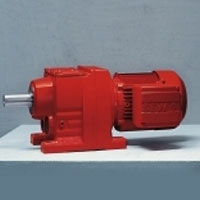 Our complete range of helical gearmotors provides the optimum size and power solution for every drive task. And for applications where weight is an issue, our multi-stage gear units provide something special: Thanks to their die-cast aluminum design, the models R07, R17 and R27 are three particularly efficient lightweights – ideal as satellite drives and for use in light machine constructions. 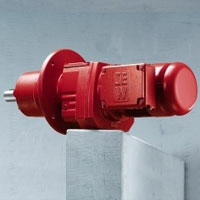 In six single-stage and fourteen two-stage and three-stage sizes, the helical gearmotors by SEW-EURODRIVE ensure an optimum ratio between power and space requirements. 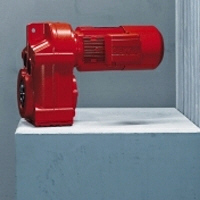 Our extra-slim parallel shaft helical gearmotors are the perfect solution when space is limited. The many different sizes and designs ensure that the gearmotors can be used in a wide variety of applications even under the most unfavorable conditions. 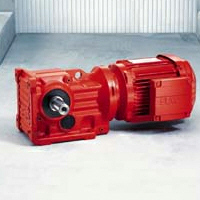 Helical-bevel gear units from SEW-EURODRIVE provide a high degree of efficiency of over 96% in both torque directions and at all input speeds. With performance designed to last – high-endurance gearing enables high-torque, wear-free operation. 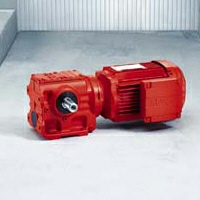 SEW-EURODRIVE helical-worm gear units are helical/helical-worm combinations, so they are more efficient than normal helical-worm gear units. Due to their outstanding efficiency, these drives can be used in every industrial sector and tailored to individual torque and speed requirements. The reduction ratios afforded by the helical-worm gear stage and the low noise levels during operation make these gearmotors ideal low-cost solutions for simple applications. 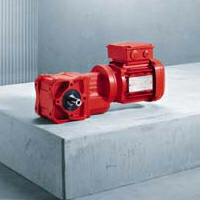 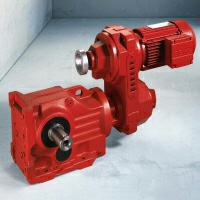 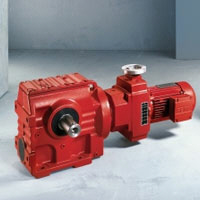 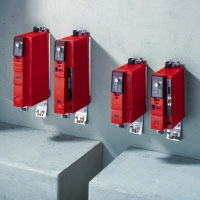 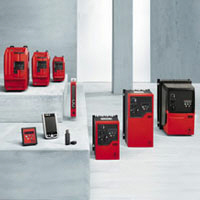 The perfect combination of price, performance and application range. The new MOVITRAC LTE B frequency inverters provide the best conditions for simple applications. Designed and developed for speed control in asynchronous motors, it is particularly economic when used in conveyor applications, e.g. for small, modular conveyor lines, fans and pumps. 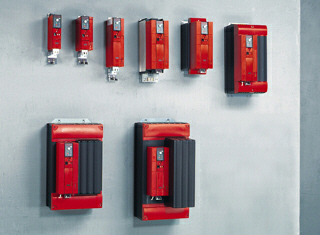 “Unit modularity” and “smaller dimensions” are two of the most important criteria when selecting a frequency inverter for a specific application. SEW-EURODRIVE is aware of these requirements and, as a result, has designed a compact and economic solution with its target-specific development of the MC07 series: MOVITRAC® MC07B – the next generation frequency inverter. 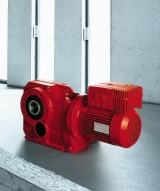 MOVIMOT® is the proven and ingeniously simple combination of a gearmotor and a digital frequency inverter in the power range of 0.37 to 4.0 kW. Despite the integrated frequency inverter, MOVIMOT® requires only slightly more installation space than standard gearmotors and can, of course, be supplied in all standard versions and mounting positions, with and without a brake, for supply voltages of 380 to 500 V and 200 to 240 V. 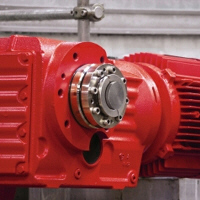 The patented TorqLoc hollow mounting system is an alternative to conventional connection techniques such as keys or shrink discs. The user not only benefits from straightforward installation and the possibility of safe disassemble even after many hours of operation, but also from a reduction in machining cost because the customer’s shaft can be produced using drawn, unprocessed material. 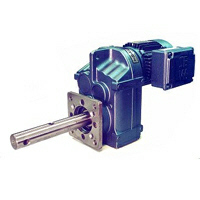 The SEW-Eurodrive screw conveyor drive is suitable for a large variety of applications requiring movement of bulk material both vertically and horizontally. Their screw conveyor drives differentiate themselves in the marketplace by shipping in a gearmotor configuration, or as a gear unit with c-face motor adapter, both of which relieve the customer of maintenance costs and efficiency losses inherent with belts. 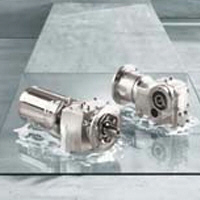 The stainless steel gear units from SEW-EURODRIVE keep things moving wherever machines and systems are subject to particularly intensive cleaning. Regardless of whether the gear units are used for materials handling, intralogistics or hygienic applications, their hygienic properties, long operating life and maintenance friendliness make them optimally suited to the specific production conditions in the food and beverage industry, pharmaceutical industry, and in permanently wet environments. 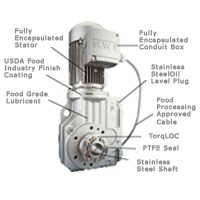